How and what to photograph or video at the scene of your accident.

Home » How and what to photograph or video at the scene of your accident.

How and what to photograph or video at the scene of your accident. 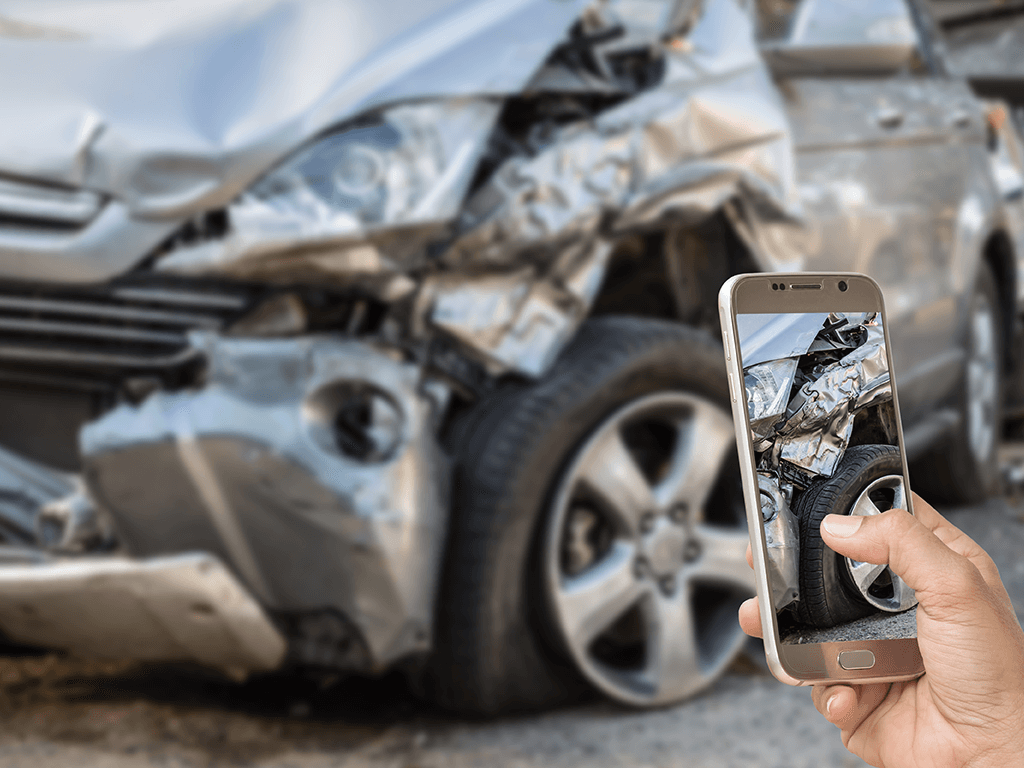 Photographs can make all the difference in a personal injury case. Fortunately, most adults and teenagers are carrying cell phones that take photographs and record videos. Nowadays, people seem to pull their phones out to photograph anything and everything. Surprisingly, when an accident happens, many people don’t think to take photographs or video of the scene. They think someone else will do it, such as the police officer, or they just get too preoccupied with the accident that they don’t think of it. Too many accidents go undocumented, leaving the parties to guess about what happened or how an accident might have happened.

When possible, if you are in an accident, photograph and video anything and everything. If you are too injured to do so, ask a friend, family member, or coworker to do it. You can never take too many photographs or video of a scene. A lack of photographs can make a case much more difficult than it needs to be. Having key photographs and video can end a case favorably for you much more quickly. Ideally, you want to hire a personal injury attorney at Parker & McConkie, who can then go to the scene and document all evidence.

When photographing an item or area of interest, take multiple photographs of that single item. For example, in an automobile accident where skid marks were left on the road from braking, take a photograph at several angles. At each angle, take photographs from further out, then zoom in and take more photographs. When zoomed in, hold up an item, such as a pencil or wallet next to the skid mark to orient the viewer as to the width of the skid mark. Video yourself walking the length of the skidmark, and count your steps. Again, if you are unable to do this, have a family member or friend go back to the scene as early as possible to document what they can. Traffic will return to normal at this point, so it’s important that the person take precautions to avoid getting injured by traffic.

The bottom line: when taking photographs or video at the scene, be detail oriented. Don’t assume that something is unimportant or unrelated. Assume that everything might become important. Consider this true example. John was driving when he suddenly had a seizure. He lost control of his car while going 50 mph and rear-ended a stopped van. John’s two-year-old was properly buckled into a car seat in the back middle seat. Witnesses came to the car and saw the child’s face was blue and she was not moving. The child suffered a neck injury and is now a quadriplegic. Unfortunately, no one suspected that the car seat might have been defective. No one, including the police officers, took photographs of the car seat at the scene. The car seat later became a critical piece of evidence into a defective product case against the manufacturer of the car seat. Had photos or, better yet, video been taken, many questions could be answered. Without pictures or video, the case is much more difficult.

Never delete photos or video, even if you think they are poor quality. Don’t worry about the quality being perfect. Just do the best you can. While it’s better to have clearer photos rather than blurry ones, if you take enough, there’s usually a couple that will help put the pieces of the puzzle together. Never overlook the benefit of video recording; it can make up for poor photos.

Once your photographs and video recordings are complete, back them up to your computer or external hard drive. Even after you give them to your attorney, don’t delete them. Your photos and video will be important evidence, and it’s always good to have extra copies. Do not put your photos or video on social media.

If You Work Around Heavy Equipment, Know How to Avoid Injuries.

Utah’s Laws Let China Off the Hook for Its Cheap Products That Injure Utahns.